Free Shipping Anywhere in the U.S.

CBD: What You Need to Know

Although wildly misunderstood, CBD is growing wildly in popularity. Here's what you need to know to make educated decisions about whether CBD is right for you.

The Agricultural Improvement Act of 2018 was groundbreaking for the Hemp Farming industry. Among its many other provisions, it removed or “descheduled” certain cannabis-derived products from the Controlled Substances Act – thereby rendering them legal to consume.

It also opened the door for individual states to legalize certain products – including hallucinogenic products – that are still illegal at the Federal level.

Cannabis has many medicinal qualities, and after the 2018 farm bill, many companies have been launched selling a variety of CBD products, including, of course, our company, Pure Organics.

When we shared the story of Pure Organics with family and friends, we were bombarded with questions, such as “I keep seeing those signs, CBD sold here. What the heck is CBD?” and “If marijuana is so beneficial, why was it made illegal way back in the 1920s?”

Let’s start with some terminology.

What exactly is Cannabis?

Cannabis is a flowering plant that has at least three species (biologists argue about this, but it doesn’t matter to anyone who isn’t a biologist). They are Cannabis sativa, Cannabis indica, and Cannabis rueralis.

So, where do Hemp and Marijuana come in?

Hemp, or rather Industrial Hemp, is a strain of Cannabis sativa that has a high concentration of CBD and a low concentration of THC. There are thousands of uses for Hemp/Cannabis, from textiles (clothing, handbags, rope, canvas) to paper products like cardboard and building materials such as fiberboard, to soap and shampoo!

CBD is the short form of the chemical name Cannabidiol, which is one of many chemicals extracted from the Cannabis plant. CBD delivers many benefits to its users and does not have hallucinogenic properties.

THC is short for the chemical name Tetrahydrocannabinol. It is THC that has psychoactive properties, meaning that it’s THC that makes a user high.

As you can see, it’s no wonder that the terms CBD and THC are thrown about rather than their longer names.

So there is no THC in CBD?

Yes, there is THC in CBD, but not enough to make you high.

Hemp, hemp products and CBD distilled from Hemp contains less than 0.3% of THC. “By dry weight,” to put it technically.

Can they make CBD out of Marijuana?

Marijuana is the Cannabis plant cultivated for its hallucinogenic properties, as we’ve said. It contains up to 30% of THC.

But – CBD can be distilled from Marijuana, and it will also have 0.3% or less of THC.

However, even though this CBD has less than 0.3% of THC, it is still classified as a controlled substance by the Federal government, because it came from Marijuana.

So why was Industrial Hemp made illegal in the United States when it was never hallucinogenic?

There’s a story behind that.

Hemp has been used for a variety of purposes for thousands of years, as mentioned above.

In the United States, way back between 1910 and 1920, both Hemp and Cannabis were being imported into the United States by Mexicans migrating to the country to escape the political turmoil in their country wrought by World War I.

Manufacturers in the United States did not want the competition that Industrial Hemp threatened, and they lobbied the U.S. government to ban Hemp – and, of course, Marijuana.

By the 1930s, the government had declared all Cannabis illegal – both Industrial Hemp and Marijuana.

You can read the full story online at a variety of websites. Here’s one: Why is Hemp Illegal?

Will the Police Arrest You for Having Hemp?

The Hemp plant and the Marijuana plant look similar.

As a result, in certain states where marijuana is not legal, the police may well mistakenly arrest someone for having Hemp, mistaking in for Marijuana.

How is Hemp Grown?

Marijuana is cultivated in such a way that the content of THC is maximized. It requires quite a bit of care – it has to have the correct temperature, the right amount of sunshine, and just the right humidity.

Industrial Hemp, on the other hand, is grown in large crops and doesn’t need the same kind of consideration.

So, what is Medical Marijuana?

A majority of people think of Marijuana only for its recreational, hallucinogenic properties.

However, studies have shown that Marijuana does have health-giving properties – particularly for people with arthritis.

At the time of this writing, some states have legalized the use of Marijuana for medical use only. (Others, of course, have legalized it for recreational use as well.)

But CBD is used for medicinal purposes too?

Yes, CBD oil is ideal for a variety of ailments, including arthritis. And we’re going to talk about all the uses of CBD in future posts. Or you can visit this website to read more: https://www.healthline.com/nutrition/cbd-oil-benefits.

Get updates and learn from the best

NextCBD Oil and Anxiety – What You Need to KnowNext 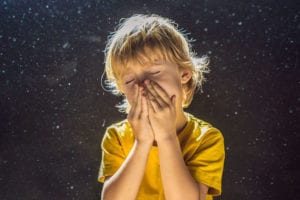 Many allergy sufferers have found great relief by using CBD products in their daily routine. CBD has been show to strengthen your body’s defenses, promote a healthy endocannabinoid system, and regulate immune response. 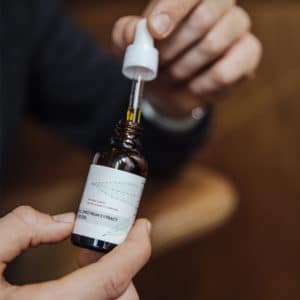 How Clean is Your CBD? What to Look for in a Quality CBD Product

How safe is CBD? Many companies are manufacturing CBD products without adequate quality controls in place. This artilce helps to shead light on the difference in CBD oil on the market.

1% of Pure Organics revenue goes towards environmental projects that make a difference.